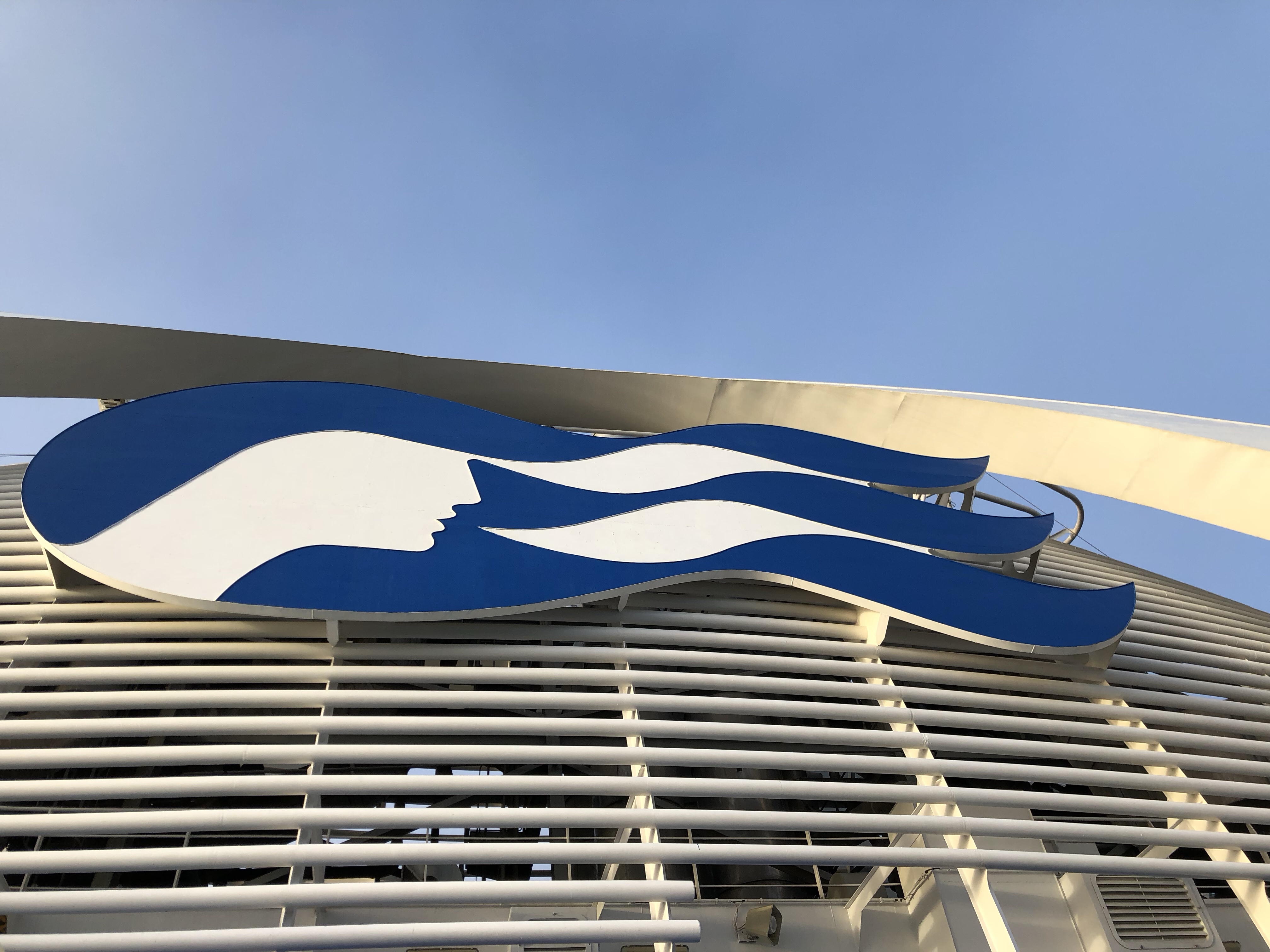 I had the recent pleasure of cruising Princess Cruises with Celiac, thus needing to dine Gluten Free. We cruised to Alaska in July with extended family on the Ruby Princess.  Thankfully I had no issues eating this trip. I’ve had previous experience cruising Disney, Royal Caribbean and Carnival gluten free.

Overall I liked it. Compared to Disney, with which I have the most experience, it’s different of course. The food, though, was really really good and I guess that’s the most important thing. Well, that and I didn’t get sick from being cross-contaminated or served something with gluten (wheat, barley or rye.) Overall I feel like the food was better than on Disney Cruise Line. But there was a repeat of dishes several times on the dinner menu. So they’d offer the dish one night and then offer it again a couple of nights later, or even the very next next night. They did this with several dishes and its only a 7 night cruise. While not related to gluten free dining, I found it interesting, and not in a good way, that the kids menu has 6 entrees that are the same for lunch and dinner every day in the main dining room. There were no changes to that menu.

The major difference on Princess versus Disney was the language barrier. I noticed that the restaurant/dining room staff had more limited English. It was noticeably limited. When ordering food for myself (Celiac-gluten free) it was hard to find someone with enough English that could understand what I needed. In the main dining room for lunch one day there was a complete breakdown in communication. This waiter wasn’t understanding at all. It was like it was their first time dealing with a special diet.

As with the other cruises I’ve done in the past, when gluten free you pre-order your next night’s meal from your head waiter at dinner the previous night. (The first night of the cruise, you just have to ask what can be made naturally gluten free.)

I was given the lunch menus as well. This worked out well and I was usually given the item that I ordered. They served me gluten free bread daily at any meal that I requested it, plus my own butter bowl. (I didn’t take a picture, but it tasted like general frozen gluten free bread. Alexis from Alexis’s Gluten Free Adventures showed me a picture of a fresh gluten free piece of bread that she was served a couple of years ago- my bread didn’t look like that. But it did it’s job.) And sadly, I wasn’t offered any of the specialty chocolate desserts by Norman Love served in the main dining room.

At the buffet, I quickly learned that I needed to find the sous chef. The sous chefs I worked with were great. One of them said all the soups on Princess are naturally gluten free and they add croutons or bread that makes it contain gluten. But they found it easier to just make it gluten free.  I ate in the dining room twice for lunch, but preferred the buffet- it was actually easier. You just ask for the sous chef, then they will walk you through the buffet, and as I’m really sensitive, they happily prepared my plate from the back. It was nice to see that actually most of their items, unless prepared with breading, were naturally gluten free.

During the cruise, I also did an excursion with food -the Yukon Tour and White Pass Train. I was served a safe meal at Caribou Crossing. In fact, the main part of that meal was all gluten free. It included a baked potato and bbq chicken. Then once you entered the main dining area, there was a woman serving cole slaw. Finally, in a separate area they had donuts and rolls. It was great that there was no concern for cross contamination with my meal. It was not a hearty meal (maybe it would have been with the homemade donuts and rolls), but was sufficient with some snacks that I had brought with me for the day.

Overall it was a good trip. I would definitely go on a  Princess Cruise again. In fact we loved Alaska so much, we are considering it again in 2 years. I feel even more confident (with both Princess for gluten free and taking a child to Alaska) now that I have one great cruise with them under my belt. Is Princess on your cruising bucket list?? To see a few more pictures from our Alaskan Cruise, head over to my other post about my new camera.